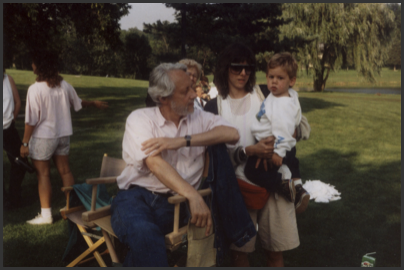 Matt Wallach grew up a "set baby" in Chicago, Illinois, becoming the youngest working production assistant in the city at 2 years old. Some found it funny, others were baffled, and the rest felt it was cruel. His mother deemed it "good exposure."

It's hard to argue against the colloquial "Mom knows best" when she's a producer and her kid's first words were "triple grande half-caf Americano with room."

Matt has come a long way since then. After joining IATSE Local 600 and working locally in both sweet home Chicago and Los Angeles as a Digital Imaging Technician, he fell in love with color. He jumped at the opportunity to work with EFilm and Company 3's dailies platform, EC3. After timing dailies for numerous features with them as a freelancer for 4 years in both film and digital formats, he signed on full-time in Spring 2017 as opportunities arose to start mixing in Digital Intermediate work.

Matt takes pride in his work ethic and positive attitude. He knows his way around sets, cameras, software, and hardware. He can ensure integrity of the image thanks to a deep understanding of equipment and workflow from production through dailies and DI, leaving his clients free to focus on what's being created rather than worrying over the end result.

Matt had work at Sundance this year in the inaugural Indie Episodic class, with Leimert Park.

The next films slated for release that he worked on are Widows and First Man.

Matt is currently home in Los Angeles working on Against All Enemies.
-----